The world’s number one authority on trust-based selling discusses what it entails, how to remove the dysfunction from sales, and why words matter. Learn more. 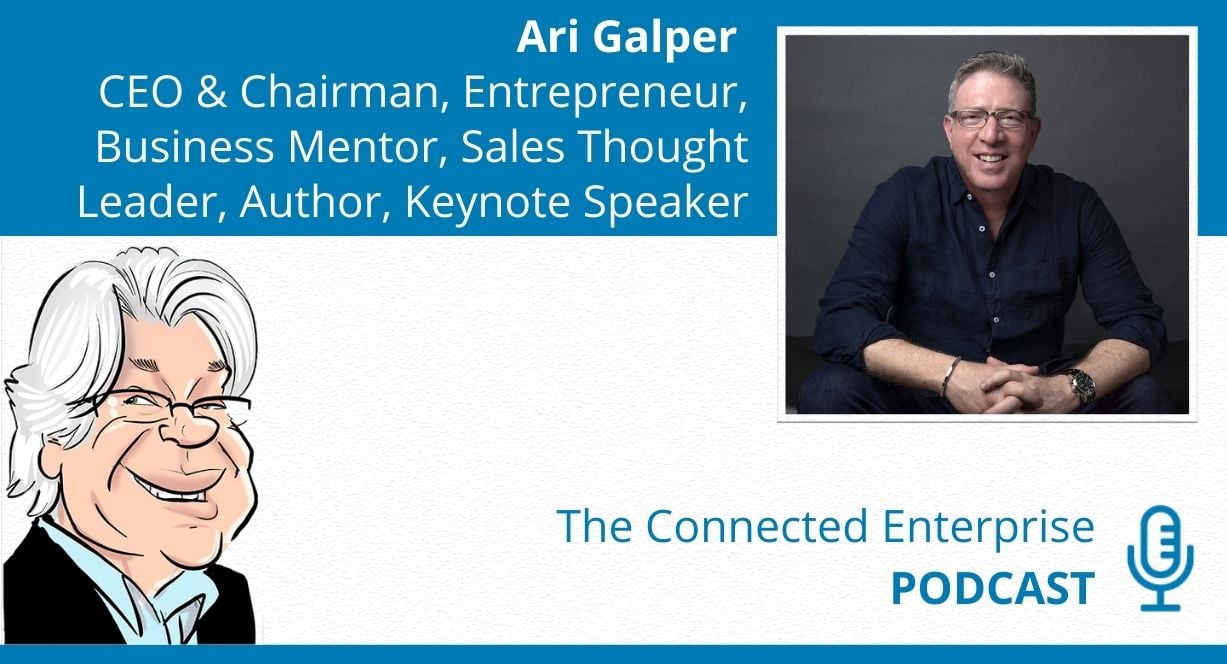 How did Ari Galper become the world’s number one authority on trust-based selling? By pressing the wrong button on a phone at the end of a sales call 20 years ago.

Since then, he’s been featured in CEO Magazine, Forbes, INC Magazine, SkyNews, and the Australian Financial Review. He wrote a best-selling book, Unlock the Sales Game, and is awaiting the publication of The One Call Sale, which he predicts will disrupt the sales industry as we know it.

Ari joined Connected Enterprise podcast host Carl Lewis to chat about that fateful sales call, what trust-based selling entails, how to remove the dysfunction from sales, and why your words matter.

Ari was a software sales manager and landed a sales pitch with a big company. He took the call in a conference room with his CEO. Over a speakerphone, Ari pitched his product and gave a demo. The chemistry was palpable.

“It was a no-brainer,” Ari explains. “They were amazed by the offering. I did everything I was taught to do in the sales game: answer questions, build rapport. Everything was by the book.”

Both parties agreed to speak again soon. But when Ari went to press the button to end the call, he accidentally muted himself instead. He’ll never forget the words he heard next: "We're not going to go with him. Keep using him for information and make sure we shop someplace cheaper."

Broken heart aside, Ari had an epiphany: It had become socially acceptable to lie to salespeople. There’s too much pressure in the sales process, and if you don’t remove it, your prospects will always tell you what you want to hear, and you’ll spend your career chasing people who don’t want to be caught.

Ari decided to change the definition of selling. It shouldn’t be about making a sale—it should be about building deep trust with people to discover if you’re a good fit. If you can create a moment of vulnerability, people will feel comfortable telling you the truth so you can give up the chase instead of wasting time with the sales drug “hopium.”

According to Ari, the right language diffuses the pressure in selling. For example, don’t close a call with “Let’s get together again” or “Let’s move forward.” Instead, try, “Where do you think we should go from here?” That question shifts the power to the prospect and demonstrates you’re willing to listen.

Getting to the Truth

Once you have an opportunity, Ari strongly advises avoiding the phrase “follow up.” In fact, he asked everyone in the podcast audience to vow they’ll never again use the phrase in their career. It’s old-school language associated with the negative stereotype of salespeople and pressures prospects to tell you what you want to hear. “Do you have feedback from our last conversation?” doesn’t push the prospect forward—it gently moves them backward and relieves the pressure. This gets you to the truth as soon as possible and uncovers genuine opportunities.

For more insights from Ari Galper, including where to find his materials, listen to Vision33’s Connected Enterprise podcast. In each episode, host Carl Lewis interviews bright minds and industry thought leaders about enterprise technology and what’s coming next. 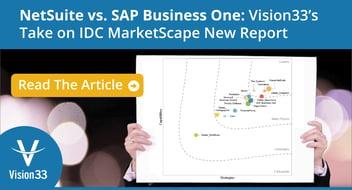