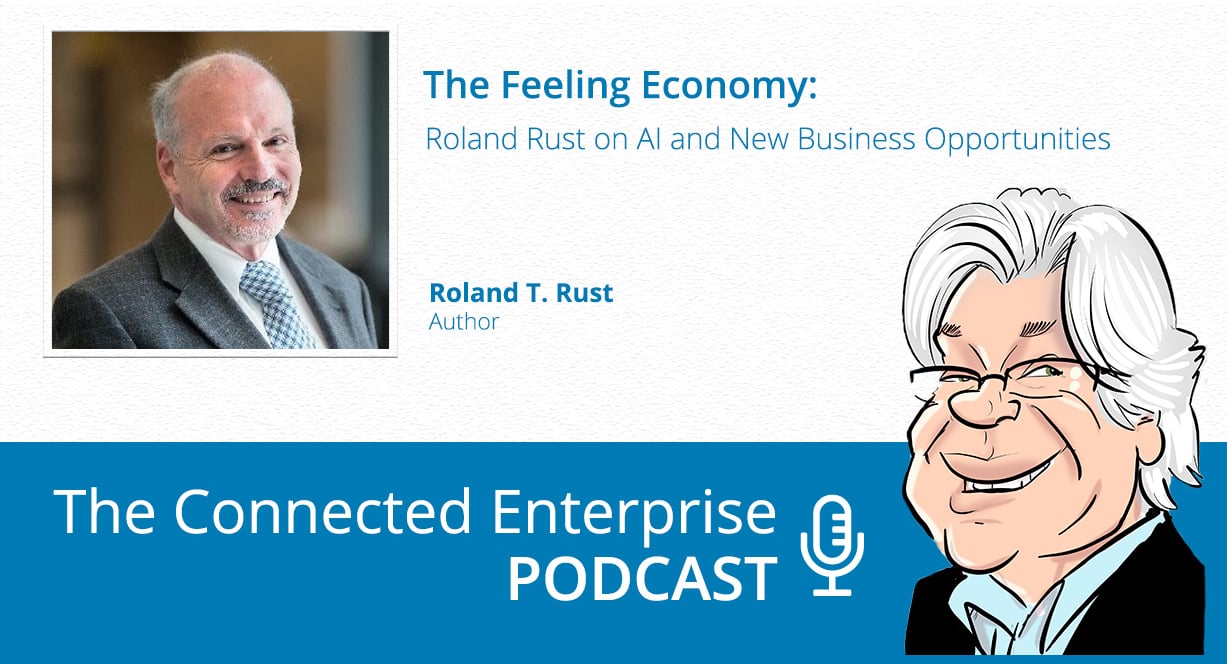 Roland Rust started as a mathematics student but transferred into business, where he thought he could use his math training. Ironically, his book talks about how people won’t be using their math training in the upcoming economy.

Vision33’s Carl Lewis recently interviewed Roland on the Connected Enterprise Podcast about how artificial intelligence (AI) is affecting the business world and society.

Roland’s book, The Feeling Economy: How Artificial Intelligence Is Creating the Era of Empathy, explains that AI will take over ‘thinking tasks,’ leaving people to concentrate on feelings, emotional intelligence, and interpersonal relationships.

As Roland says, we must consider the ‘phase’ we’re in for context. The first phase was the physical economy (i.e., farming, mining, and other manual labor activities). The Industrial Revolution brought about the second phase, which is the thinking economy. The assembly line and automation in factories were rudimentary artificial intelligence.

What Does It Mean?

A person with highly technical training does well in the thinking economy but will struggle in the feeling economy if they aren’t a “people person.” The successful people will be those who can get along with others and deal with their emotional needs effectively.

Carl and Roland both agreed that women may have an advantage in the feeling economy because their brains are hard-wired for nurturing.

Some Retraining May Be Required

The technology industry especially may require some retraining in “soft skills” to accommodate the feeling economy. Much of it will be executive education because many people who are already in high positions or have been working for a while will need to change their skills.

Jobs will change. Humans handle the thinking tasks now, but as artificial intelligence improves, job descriptions will describe more creative, feeling-oriented tasks. This can lead to bigger and better business opportunities, with people being repurposed and upgraded to higher-level jobs.