What is Blockchain: How Integration with ERP is Set to Transform Food and Beverage Industry

Blockchain pushes the existing benefits of ERP system to the next level. But what is this crypo-technology and how does it benefit businesses in the food and beverage industry? Read the Vision33 article to find out.

The trust and transparency challenges that confront the globalized food system - such as substitution, tampering, misrepresentation, illegal production, and contamination - are compounded by a lack of supply chain traceability. One of the challenges facing growing small to midsized enterprises (SMEs) in the food and beverage industry is caused by traditional paper tracking and manual inspection systems; transactions are handled in disparate databases, resulting in food supply chains that aren’t connected or as transparent as they could be. When it comes to food recall, this can make the difference between identifying a few contaminated bags of spinach and having the precision to recall an entire shipment from hundreds of stores.

As one of 2017’s most talked-about technologies, Blockchain is positioned as the way to “provide consumer trust in an untrusting world” by transforming business management solutions such as enterprise resource planning (ERP) software. But what is Blockchain, how does it work, and how can it be applied to solve food supply chain management challenges?

What is Blockchain and How Does it Work

Blockchain or (Distributed Ledger Technology) was developed in the aftermath of the 2008 recession to deliver transparency, security, and efficiency in managing transactions between multiple parties without involving banks. This gave rise to crypto-currencies such as Bitcoin, which can be transmitted worldwide: no intermediaries, regulation or the need to know or trust the parties involved. Similarly, Blockchain is a way to structure data. It uses distributed ledger technology: a database which, rather than being stored in one place, is continuously synchronized and shared among all members of a peer-to-peer network for real-time data transparency.

When a digital transaction is carried out, it is grouped in a cryptographically-protected block with other transactions that have occurred in the last ten minutes and sent out to the entire network. Once validated, the block of transactions is timestamped and permanently added to a chain in chronological order. New blocks are linked to older blocks and contain a reference to the previous block (called a “hash, which is somewhat like a digital fingerprint).

A distributed database cannot be hacked, manipulated or disrupted in the same way as a traditional, centralized database with a user-controlled access system. The data is immutable: once it has been written to a Blockchain, nobody - not even a system administrator - can modify or tamper with it. The technology can work for almost any type of transaction involving value, such as money, goods, land ownership, work, medical records or even votes.

In otherwords, Blockchain technology operates like a trusted middleman - like a bank - for businesses to conduct a transaction. In the case of supply chains, Blockchain cryptography enables consumers and supplier to connect directly removing the need for third-party involvement.

How is Blockchain Applicable to the Food and Beverage Industry?

Today’s supply chains have an inherent weakness: individual parties are using disparate digital systems, different technologies, and paper-based processes to bridge the gaps between companies. Lack of a single platform makes it inefficient to share the critical data that drives supply chain interactions, or to guarantee a high degree of accuracy of the data.

Blockchain-infused traceability systems could deliver the transparency and trust that has eluded the food industry until now. With immutable data, it has the potential to give growers, suppliers, processors, distributors, retailers, regulators, and consumers access to reliable information on the origin and state of food.

It will become feasible for farms to create digital records for individual livestock to track the lifecycle from farm to fork, using technology such as RFID tags. This enables consumers to read the “digital history” of meat down to the individual animal, including the company who raised it, how it was raised, what it was fed, and who processed it, simply by scanning a QR code on the packaging.

As an integral link of the food supply, farmers typically have little visibility to the end consumer and could stand to gain a new voice and new distribution opportunities through participation on Blockchain. There are also exciting possibilities for creating business value with new, previously unattainable data that could be made available through Blockchain, such as how much fertilizer or water was used, as evidence of sustainability assertions.

Blockchain for Distributors
Distributors could provide more transparency to processors and buyers regarding product type, farming practices, harvest data and Fair Trade or similar certifications. With the addition of appropriate sensor technology, valuable information could be provided to actors up the chain, such as the duration of the journey while a product is in transit, or the temperature and humidity of the truck it travels in, to demonstrate that the product is fit for use or sale on arrival.

Blockchain for Food Processors and Producers

As food processors often struggle to validate the origin of their ingredients, Blockchain would enable the validation of information about input products without violating trust between individual entities. For food producers, the nature of Blockchain would mean that any attempt to tamper with a product as it moves through the supply chain can be identified and prevented before it ever reaches a retailer.

Blockchain for Food and Beverage Retailers

As bricks and mortar stores face increasing competition from online food providers, supermarkets often want to provide local produce as a differentiator. With Blockchain providing trust, the information value provided by local farms could be bound to the claims made by grocers. This could effectively create a new model for providing local produce through a national chain, with the evidence of quality, transport, and freshness that consumers demand. Not only can this rich stream of information be used to create a point of sale educational opportunity, but it also bolsters the capacity for a digital recall in the event of a safety issue, such as food-borne illness. If a potentially contaminated product somehow made it onto the shelves, stores could rapidly identify, isolate and remove only the affected items without the need for a costly whole-batch recall.

Restaurants have a direct relationship with the ultimate consumer, and a growing number are keen to emphasize the quality and sustainability of their food. It could prove a considerable competitive advantage be able to authenticate their menus and justify a premium for local, organic or free-range meats.

Blockchain offers many practical solutions to today’s impractical system and should promote better communication between all parts of the food chain and, just as importantly, between producers and consumers.

The Future is Already Here

The promise of Blockchain isn’t a far-off utopian vision. US agricultural conglomerate, Cargill, has made an early foray into Blockchain, with a pilot through its Honeysuckle White brand. The initiative launched ahead of 2017’s Thanksgiving celebrations, allowed consumers to trace their individual Thanksgiving turkey from the store where they bought it to the farm that raised it.

Walmart is currently piloting Blockchain technology to trace mangoes, in their US stores, and has cut the time it took to provide gate-to-plate traceability to two seconds - a process which used to take weeks. Walmart is also among several companies backing a new initiative in China focused on food safety and traceability with Blockchain as its technical foundation, following numerous high-profile fake food scandals in the world’s most populous country.

A consortium including Dole, Nestlé and Unilever are working to identify opportunities for the use of Blockchain to improve data integrity and trust between large enterprise-scale agriculture companies. Meanwhile, technology vendors are collaborating with GS1, the global business communications standards organization, to determine how the structure data stored or referenced by Blockchains can be shared across industries.

So, while Blockchain may have seemed like a buzzword from 2017, there’s no doubt it will continue to be the subject of much discussion in 2018 and onward. Blockchain has the potential to be a game-changer for food supply chains, helping the industry to achieve the trust, transparency, and traceability.

There are numerous benefits to adopting an industry-specific ERP solution. It centralizes all business data, allowing for greater control of the inner operations and makes informed decisions for the future. Also, data updates in real-time, which is crucial for the seamless functioning of the food and beverage industry. Continuous communication between departments eliminates the chance for errors, while instant access makes it possible to identify potential setbacks in the current way processes are taking place. Companies have everything they need for setting the perfect conditions for business growth. Various integrations (e.g., B2B solutions) are also possible, which makes other software and tools redundant. So, where does Blockchain integration fit into ERP?

Blockchain pushes the existing benefits of an ERP system to the next level. These centralized business processes become accessible across multiple organizations. Integration enables the optimization of all operations across several different organizations, as well as trusted sharing data. Businesses gain more control over internal data operation that gives them a firmer security grip. Having in mind financial institutions handle sensitive information, with blockchain – they are certain to provide services with minimum risk.

In the digital era, traceability of origin is highly feasible using an industry-focused solution such as Vision33’s ERP solution for Food and Beverage Manufacturers/Distributors, offering an opportunity for progressive food industry enterprises to position their businesses at the forefront of the market. To learn more about an ERP solution that provides support for Blockchain, download Vision33's eBook Produce Traceability Technology in Focus. 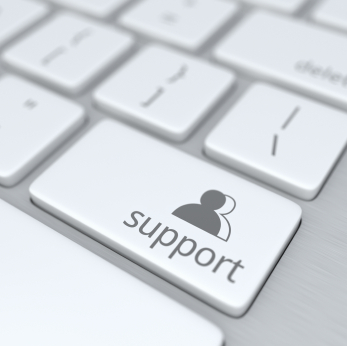 Paying It Forward Through SAP Business One