Adopting food package serialization with SAP Business One is a great opportunity for food and beverage manufacturers. Learn more. 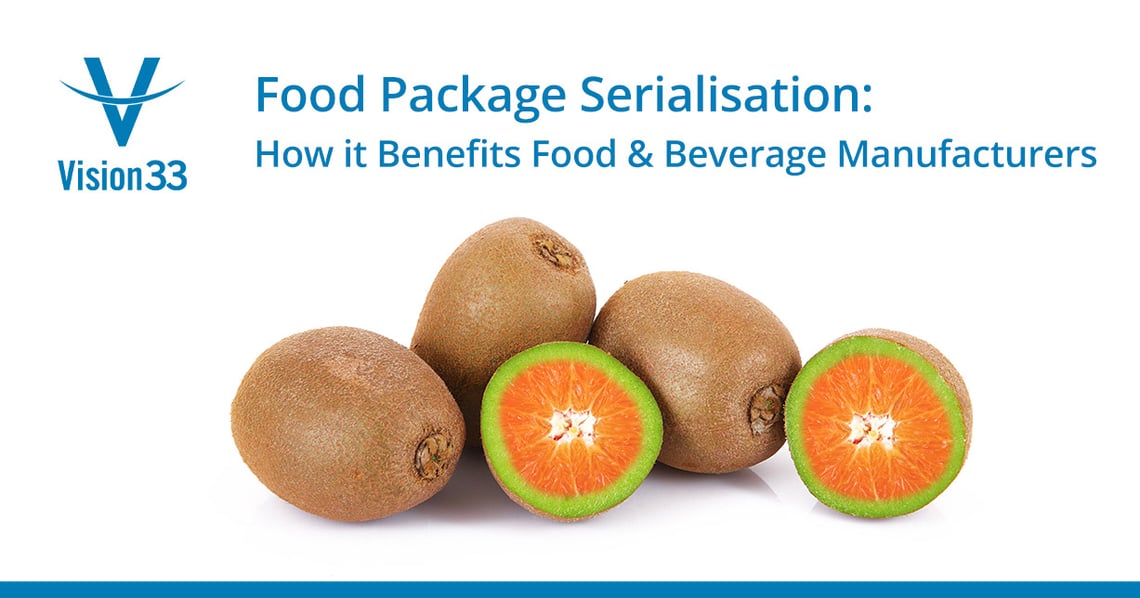 When people think of “knock-off” goods, the first thing that springs to mind is usually luxury products like designer purses, or perhaps consumer electronics like smartphones. But today it’s just as likely to be products from food and beverage companies that are adulterated by profiteers; those seeking to make a quick buck at the expense of customers throughout the food and beverage supply chain.

When products change hands several times, there is a lack of real-time transparency that can allow food fraud, falsification and adulteration to slip through the undetected. Each process involved in creating a food product, from inception through packaging and shipping, is another opportunity for substandard food to enter the supply chain.

Why Is It a Problem?

Counterfeit food products infringe intellectual property rights, while substandard food products fail to comply with laws relating to production, packaging, storage and distribution. While there have been several notable scandals in China – such as the adulteration of infant formula with melamine in 2008, when an estimated 54,000 babies were hospitalized – the problem has become a global one that affects consumer trust and in turn the profit of businesses in the food and beverage industry.

So, what’s being done about this activity that negatively affects food and beverage manufacturers?


In 2017, Opson VI resulted in the seizure of 10,000 tons of fake or substandard foods and over 26 million liters of counterfeit drinks, with arrests made across the Americas, Asia and Europe. In October 2017, news broke that the UK’s largest poultry supplier to major supermarkets has allegedly been altering slaughters records and falsifying kill dates to artificially stretch the commercial life of the meat.

Covert recordings in the factory also indicated that chicken portions returned by supermarket distributors were repackaged and sent out again to rival grocers. These practices could potentially hinder authorities from recalling contaminated meat in the event of an outbreak of food poisoning. At the time of writing, the group is facing a parliamentary enquiry and has suspended operations at its main processing plant.

Regulations, measures and their enforcement are fragmented across international borders, and legislation is having difficulty keeping up with counterfeiting. So, it’s likely that retailers will continue taking matters into their own hands to prevent fake food from entering their supply chain to avoid the potential for litigation. This could well involve the introduction of tracking and tracing capabilities and new technologies such as Blockchain that become a requirement of doing business.

It’s a particularly pressing problem for online retailers, who need to find ways to maintain consumer trust, since quality can’t be assumed or ascertained through a picture or product description. For example, following a 2017 lawsuit, Amazon is purportedly extending its fake-fighting transparency program beyond its own products to third-party sellers, with speculation that the program will become mandatory in future.

In early September 2017, Amazon was reported to have told sellers who have registered SKUs with the Transparency team that they will need to add its proprietary Universal Product Code to guarantee authenticity, otherwise risk having inventory rejected or be removed from the marketplace altogether. With Amazon having made a foray into grocery retail through its acquisition of Whole Foods, the food industry may anticipate similar mandates.

Serialization: Applying the Successes from Pharma to Food

When it comes to what small to midsized enterprises (SMEs) throughout the food and beverage supply chain can do, serialization is a topic that’s receiving a lot of attention these days. While not a new concept per, serialization is the process of putting a unique number on a product to enable traceability and authentication of the end selling packaging unit, rather than batch level.

The practice is already well-established in the pharmaceutical industry, where it is used to provide drug origin to combat the $32 billion global threat posed by counterfeit medicines – particularly given the rise in online pharmacies. Additionally, it’s a methodology has already implemented in the food sector such as Australia’s powdered milk industry, and Canada’s fresh vegetable sector.

With mounting pressure from consumers, governments, industry and the media to address fraud and malpractice, the food industry is a prime candidate for serialization; ingesting harmful ingredients in fake foods and beverages can be just as hazardous as fake medicines. Other forms of deception, such as product substitution, can also lead to substantial economic and reputational damage to brand equity.

Serialization of individual items, and the capability to track and trace at item level throughout the supply chain, can help growers and processors to ensure the authenticity of products and provide all the necessary assurances to their customers.

Simplifying the Adoption of Serialization for Food and Beverage Manufacturers

Vision33’s ERP solution for Food and Beverage Manufacturers/Distributors offers a serialization, tracking and tracing solution, originally developed for and proven among life sciences customers with stringent requirements. Its features and functionality can be readily applied to the industry to ensure full tracking, tracing and compliance with any country’s rules and regulations, both now and in the future.

The solution captures and records all relevant information – serial numbers, batch/lot number, batch attributes and more – across inbound, internal, production and outbound logistic processes. Serialized numbers are automatically generated, either randomly of based on an algorithm, and can be aggregated under a batch number. When products are shipped, the barcodes can simply be scanned with a handheld device to determine what serial numbers are within the shipment and which customers they are going to.

Adopting serialization is an opportunity for food and beverage manufacturers to protect their brands by detecting and managing counterfeit product threats and build customer and consumer trust with a competitive differentiator. Taking a proactive approach will all benefit your operations by enabling you to obtain more granular data, which supports reverse logistics and recalls. And with accurate visibility into items and quantities at every point in the supply chain, you can gain tighter control over inventory.

To learn more about an ERP solution that provides support for product serialization to help protect your business against food fraud, falsification and adulteration, read Vision33’s ERP solution for Food and Beverage Manufacturers/Distributors product solution brief.

How to Overcome Today's Top 4 Food and Beverage Manufacturing Challenges