Carl Lewis: Welcome to the Connected Enterprise podcast. I’m Carl Lewis, your host from Vision33, and my guest is Howard Zales. Howard, welcome to the podcast. Please tell us about yourself and your company.

Carl Lewis: The pandemic has caused organizations to invest in producing virtual events, whether it's for prospects, vendors, or employees, and I know you've accomplished a lot with such companies. You've helped them improve their quality – or get started. Do you have examples about people doing this, what their journey was like, and how they ended up?

Howard Zales: Yes, but first, a quick story of how we got started with the pandemic. I'm Jewish, and our rabbi said, "We won’t be able to do services in September [2020] – do you have any suggestions?" Now, Netflix, Amazon, etc. livestream, but livestream production seemed a few years away for regular folks even though the technology was there. But I researched, figured out what we needed to do, which software and cameras we needed, etc. I told the rabbi, "If we're going to do it different, we have to do it really different."

I gave him my ideas of incorporating videos into the service and having people call in from their homes. And we did it! I thought, "There has to be a way to monetize this." Then a client needed to interview nine major league baseball players in nine cities in nine weeks – without the interviewer leaving her house. I wasn't 100% sure how to do that, but I knew we could. And we did. That was the beginning of our livestream company.

Howard Zales: Yes. What we did was invest in high-end laptops with high-def cameras, USB microphones, ring lights, and ethernet cables. We sent them to the contributors, the baseball players, and the interviewer. Using TeamViewer and other applications, we dialed in to the laptops; all the person needed to do was plug in the computer and connect it to the internet. We focused the camera, white balanced it, etc., and could talk to them in their ears with our intercom system. We brought them into our production over the internet and did a whole TV show.

Carl Lewis: Sounds cool. I like that you sent them the equipment. It's like the saying, “I'd rather have no chance for failure than a chance for success.” That's how you do it. You don't say, "Dial in to this location on your computer." You never know what might happen with somebody else's equipment.

Howard Zales: And it’s high-end equipment we can control it because we’re in the computer, even if we’re thousands of miles away.

Carl Lewis: You were producing the event remotely. That's what I find so unique about this. It takes such a burden off the person doing the speaking, interview, whatever. They can just do their job.

Howard Zales: Sometimes people aren’t computer literate, so we might hire a local tech and have them set it up. They’re on standby with me in case of technical issues, then they clean up and leave. It depends on the person's computer literacy.

Carl Lewis: That's great. And although we’ve beaten the pandemic back as much as possible, the effects will be long-lasting. What’s the future of virtual meetings and productions?

Howard Zales: We call it the hybrid event. If you had an event before the pandemic with 500 people, it may be that after the pandemic, 100 come in person and 400 attend virtually. It’s cheaper, there’s no need to travel and stay in a hotel, and there’s less risk of getting sick. And with the breakout sessions, rooms, and other technology, they get the same out of the event as if they were there – and are more productive work-wise.

Carl Lewis: I agree. The challenge, though, is accomplishing the personal touch in a virtual setting. How can we make a virtual meeting as ‘human’ as a face-to-face meeting naturally is?

Howard Zales: Hire a company that specializes in this with a content delivery network (CDN). Using rooms and breakout sessions allow you to be as in-person virtually as you want your event to be. It's hiring the right company, the right people, and not doing it on your own when you're not 100% sure what to do.

Carl Lewis: If you do an in-person conference, you almost always hire people for logistics, etc. who know the facility, what's there, the rules. You tell them you have a problem, and they handle it. It's kind of the same, except you're focused a little bit more on the technology for your virtual audience.

Howard Zales: You could still sell tickets to virtual events through CDNs, and you can have analytics, so you know who was on for how long, which device they used, and more. The same types of things as if they were in person.

Carl Lewis: A lot of companies have competitors for sales, attendance, etc. How do you make your virtual event stand out so people say, "This was the best virtual event I've ever attended"?

Howard Zales: Keep it short and to the point, have breakout sessions, have rooms available for people to get together and talk. Use slides and videos, so it's not just someone talking at the camera for an hour. Pre-produced videos and slides help get the point across and keep viewers engaged.

Carl Lewis: I like the idea of putting live video into this. For a keynote address in a face-to-face meeting, for example, you could have video on the main stage to emulate the in-person experience.

Howard Zales: And at an in-person event, you’d have five people on the stage talking at five different times. You can do that virtually – you bring them into the production, and with the run of show, you can know when those people will speak, for how long, and the supporting material they’ll have, like video or slides. We can have all those people on the screen simultaneously if they need to be, to talk to the audience. Then you can take a Q&A session right there. You can have someone monitoring the questions – or not – but a Q&A is a big part of making an event more personalized.

Carl Lewis: For many companies, their only virtual experiences are staff meetings. People have Zoom burnout. How does a company prevent that? I don't see us going back in person soon, given the current variant. And who knows about the future? How do we keep working together virtually and not get bored by it all? What can the organizers do?

Howard Zales: Preparation is key. Knowing what they’ll talk about, the supporting materials, like documents and video, they can supply. Keeping it short and to the point. Taking questions from the people. Another thing is making it look good. If you look like you just woke up with bad lighting, a bad camera, and a bad background, I can’t focus on what you're saying. You have to look as if you’re there in person. Luckily, it only takes a few professional people to make it happen.

Carl Lewis: Or, like you said, control the quality of the equipment, so they have a good chance of being seen and heard well.

Howard Zales: And in the TV business, we rehearse. And if the CEO who will be speaking isn’t available to rehearse, we rehearse with someone reading their script. That way, we know what's going to happen, and there are no mistakes. Mistakes take you out of the situation and production.

Carl Lewis: That brings back memories. I used to produce large events with the same keynote speaker all over the country, and the worst thing would be on the first day if the technical folks hadn't set up the sound system correctly. It threw him off. So, we rehearsed everything even though he wasn't there. That way, we knew it would be ok from a technical standpoint.

Howard Zales: It's a different kind of rehearsal. Instead of having light cues, we rehearse the computer. We make sure the internet speed is where it needs to be, that the microphone is plugged in, etc. We rehearse so everyone involved knows what's going on.

Carl Lewis: Many companies have put off events because of the pandemic, but now they're saying, "We usually have events in the fall, and we don't want to let another year go by with no events. Let’s do something virtual." What are the top five things that absolutely must be part of their events?

Howard Zales: The first thing is carefully planning the event’s objective. What are you trying to get across? Create a run of show. Make sure that if John is supposed to speak for five minutes, John knows he’ll speak for five minutes. Same for everyone speaking. Rehearse. Hire a company that knows what they're doing and has the equipment to handle a virtual event. Keep it short because people's attention spans are short – even shorter in front of a computer.

Carl Lewis: You've said “keep it short” multiple times, but a lot of conferences and events are two and a half days. So, squeeze that down to maybe four hours a day for a couple of days and make sessions 30 minutes instead of an hour? It seems like one of the biggest things is to just be to the point and about the content.

Howard Zales: And have supporting video, documents, slides, etc. That all helps.

Carl Lewis: Let’s go back to your experience at the temple. What was it like when you first did this live? How did people respond? What did the rabbinical staff say? How did they adapt?

Howard Zales: They adapted awesome. It was an incredible experience. Normally there are 200-500 people in the temple for high holidays, but it was only me, the rabbi, the cantor, and the organ player. We set up four cameras and created a run of show, so I knew what would happen. We had 10 videos. A thousand people signed on! People who normally wouldn't have participated because they were somewhere else. People went to temple in their pajamas. It was a great experience, and we were happy to do it for the community so we could still have our holiday.

Carl Lewis: Having done work with churches myself, I know that was a labor of love, and you were contributing a lot.

Howard Zales: And the rabbi is a true TV person. He's already asked for more cameras for this year.

Howard Zales: Yes. With some help from TV friends, we bought new equipment and set them up every week. They stream with two cameras and a brand new audio console. For the high holidays in September, we’ll have four to six cameras, a lot of supporting video, and we’ll stream to the entire community.

Carl Lewis: Wonderful. Are they back to live services too?

Howard Zales: It's going back and forth. They were, and there might be people in the temple for the holidays, but with the delta variant, we'll see. It keeps changing.

Carl Lewis: We were fortunate that, as the pandemic began, we had the technology to do this. It's been a tremendous adaptation over the last year and a half as people accepted this is what they had to do.

Howard Zales: The technology was here, but using it was probably five years down the road. It was amazing how it just clicked overnight.

Carl Lewis: Exactly. Some podcasters like me were doing things, but nothing like the work you've started doing, which is very exciting. I'm sure I can say thank you for the temple and rabbinical staff and all the businesses you've been helping. And thanks for sharing these ideas with us. I know people will enjoy your story.

Howard Zales: Thank you so much, Carl. 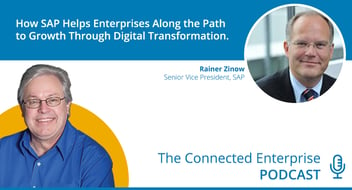 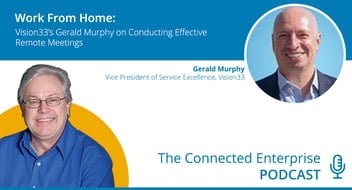 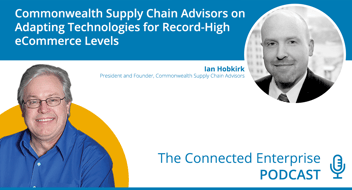