Wanderlust, a Winnebago, and a Cat: Lara Miller Takes Her PR Firm on the Road

Join us on this week's podcast where we discuss how Lara Miller was able to explore her passion for travel while running a successful PR Firm on the Road!

Carl Lewis: Welcome to The Connected Enterprise podcast. I’m Carl Lewis, your host from Vision33, and my guest is Lara Miller from Lara Miller Public Relations. Lara has helped me find guests to interview over the last few years, but she moved her office into a camper van and went on the road during the pandemic. I wanted her to tell us about it. So, Lara, welcome.

Lara Miller: Thank you, Carl. I'm happy to be here.

Carl Lewis: Please tell us about yourself.

Lara Miller: I've been a PR consultant for over 16 years, mostly remotely. Before the pandemic, I had clients for years and didn’t know what they looked like because we didn't do video calls, and I didn't travel to sites. I started in celebrity PR but got burnt out and switched to tech PR in 2010.

I have wanderlust, and I usually travel two to three months every year. I also move a lot, and I had moved to Burlington, Vermont, at the beginning of the pandemic in 2020. The pandemic was preventing traveling, but my wanderlust kicked in that winter, so I bought a 2020 Winnebago Travato and hit the road with my cat.

Carl Lewis: Amazing. Spending most of your career remote really lent itself to this situation. You could adapt easily to doing it out of the van. But what were the challenges? And how did you decide where to go?

Lara Miller: I knew if I could set a schedule I could follow from anywhere, I’d be okay. I bought three hotspots—Verizon, T-Mobile, and AT&T—which I figured would cover me anywhere in the U.S. I bought a national gym membership. I planned to keep the same routines I had at home, just in the van.

I did well if I stuck to the routine. Get up at 7:00, drink coffee while answering a few emails, go to the gym, then get back to work.

There were many other variables, too, like making sure I had service, finding a gym, figuring out where I would sleep and for how long. But planning was the fun part for me. Exhausting, but fun.

Carl Lewis: Where did you go?

Lara Miller: We started in Burlington, Vermont, in January. It was 16 below, so we hightailed it down to South Carolina. That was our first big spot, so I could use my plumbing. We had to de-winterize. Then we went further south, then west through Texas, and up the coast. We spent a lot of time in Montana, where I grew up. The Midwest is the only place I didn't make it.

It was amazing. I could be like, “This weekend, I'm traveling here, I’ll go there, and I'll check out that.” For 35,000 miles! In the first part of the trip, my favorite was Marfa, Texas. Terrible internet coverage and no gym, but it was worth it.

Carl Lewis: Then you spent part of the winter in Baja.

Lara Miller: I did. I have friends who own a marketing company called Dark Marketing. They pulled the kids out of school, bought a trailer, and hit the road. We met up on the road in July, and they said, "We're going to Baja in October. Do you want to come?" I said yes immediately.

I try not to say no to things like that, so we planned it. We took about five days to drive down to southern Baja, just north of Cabo, and we stayed at an RV resort. It was amazing.

Carl Lewis: It sounds amazing. How did your clients respond to this—or did they even know?

Lara Miller: I'm lucky because I have a strong base of a few clients I've had for years. From the CEO on down, they loved it. Some people didn't know about it, and on calls, they could see the ocean, woods, RV, etc. behind me and ask, "Where are you? What are you doing?" I told them, so 90% of my clients were excited and wanted the details.

I did have a PR company I was contracted with that said, "It's great you're doing this, but don’t tell our clients. They wouldn’t understand." I had to be careful and blur my background on those calls, but most clients loved it. I even had a client send me products to use in the van. They said, “Try this out and let us know what you think!"

Carl Lewis: What did you learn?

Lara Miller: My biggest lesson—and I continually teach it to myself—was patience. I move fast. I'm gung-ho. But you can’t have that mentality in a van. Maybe your toilet broke, and you have to wait a week to get it fixed. You need patience.

Even with my Wi-Fi. Sometimes I had to wait two hours to get a signal to look at an email. I look at it as you throw your life up in the air, and it breaks, and jagged pieces are everywhere, and you have to figure out how to put it back together when things go wrong.

For example, I spent a lot of time in Yellowstone in May, which was amazing. Every morning, I got up early and went into the park to watch the wolves. Then I drove back to the campground to work.

On Saturday, I had gone to a restaurant in Gardiner, Montana, and lost my debit card. But I didn’t know that for sure yet, so I asked myself, “If they aren’t open until Tuesday, do I drive to where my bank is—two and a half hours away—to get a new card, and then drive back here, or do I wait until Tuesday?” Luckily, the restaurant had it, but it's things you never think will be problems that become problems. So, learning patience—and also always having a backup plan.

Carl Lewis: How did people you met on the road respond to you when they learned what you were doing?

Lara Miller: Pretty well. I wanted to be careful because it was a pandemic, so I didn't meet many people. I had amazing conversations with people in the little towns I stopped in or restaurants and bars, and I talked to people at the gyms, but I didn't interact with many people.

The other people in RV parks or campgrounds are doing the same thing, so it's not a big deal. I did meet some friends in New Mexico at a brewery where we were staying the night. They were parked there, and we parked there overnight, and I'm still friends with them. But it was mostly when I put myself in situations to meet people that I met people. Despite being a publicist, I'm an introvert—I’m happy being alone with my cat.

Carl Lewis: If somebody said, "I think I'm going to do that for a year," what advice would you give them?

Lara Miller: Be careful about the vehicle you choose! I learned that RVs aren’t meant to be lived in full-time, so I think everything broke in mine. I was constantly fixing things or ripping something out completely because I couldn't fix it.

Have good backups. As a female traveling alone, I'm never worried about places I'm going or staying, but I would send a friend my location if I was in the middle of nowhere with no one around.

There are apps that tell you about the Wi-Fi reception in places you might stay. Another lesson I learned is to slow down and enjoy where you are. I had friends say, "Wow. You're not staying anywhere for more than a day or two." That's why we went 35,000 miles. It's hard for me to express the joy of waking up, pulling over on Highway 101 in Oregon on a pullout, and spending the night overlooking the ocean, then watching the sun come up. Or being woken up in Yellowstone by an elk bugling right outside your door.

I have an anecdote of why Wi-Fi is so important. I had gotten a client's product on the Today Show, but they hadn't told me when it would run. I did the bulk of my driving on Friday, Saturday, and Sunday, and I was in Mammoth Valley in Utah on that Friday and had no service. The biggest cell phone pit I found in the U.S. is in Mammoth, Utah. There's no service anywhere. You have to drive three to four hours to get service.

Lara Miller: I was out messing around, taking pictures, and taking selfies in front of the monuments. I went to Goosenecks State Park. When I left, my phone went crazy when I finally got service. The Today Show piece had run that morning, but I didn't know it. That was a good thing, but another client announced they were getting acquired, and they had just discovered that day, so it was a mess. In retrospect, I should’ve made that trip on a Sunday, so I didn't have to worry about working.

Lara Miller: Yep, for sure.

Carl Lewis: Do I remember correctly that you’ve settled in Portland for a while?

Lara Miller: Yes. I lived here a couple of years ago. I had a tragic event happen this past summer, and I was alone through all of it. It was one of the hardest things I've ever gone through by myself, so I decided it's good to have a home base. When I started, I had sold everything I owned and said, "This is what I'm doing." I had a mobile mailbox. Now, I'm trying to have balance: have a home base but leave for a month or two to travel—the best of both worlds.

Lara Miller: I'm an extreme person. I went to the extreme, selling everything and buying the van for a year, and now I have this place in Portland. But I'm keeping the van and trying to be more moderate.

Carl Lewis: I think it's great you followed your dreams. It's encouraging to other people to realize, "Maybe I could do something like that too."

Lara Miller: If you just keep up your work ethic, be patient, and have good clients or a good boss, it's possible.

Carl Lewis: Thanks for sharing your story today, Lara. The audience will be excited to hear it.

Lara Miller: Thanks for having me on, Carl.

Carl Lewis: And until next time, everyone stay connected. 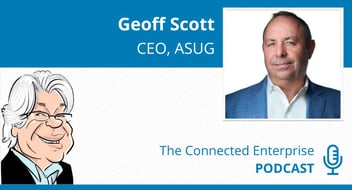 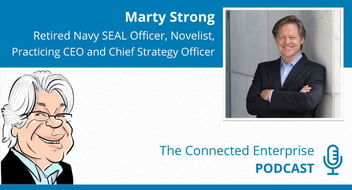 Mission Possible: Marty Strong Discusses Winning on the Battlefield and in Business 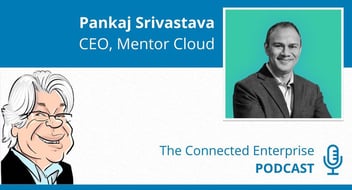